One of the most common things my clients say when they sit down with me is, “I feel….stuck.”  It comes up over and over again. And again.

I know that feeling: you’re like one of those old vinyl records, and the needle keeps skipping. Yes, I’m dating myself, but whatever – where you’re at doesn’t fit in one or more ways. You’re bored with your job, but not sure what else is out there. Your relationship feels like it belongs to someone else.   You’ve got a nagging feeling, “Is this all there is?”   But at the same time, you can’t seem to make any significant moves. 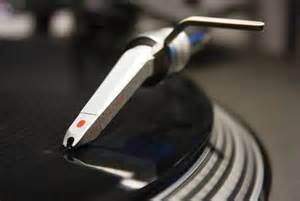 Super-annoying. Especially if the album is by Captain and Tennille.

This is where intuitive information can be especially useful:

1) Finding the much, MUCH bigger picture. When you’re deep in the weeds on something like a complicated relationship, its hard to see past your own nose. When I tune in, my intuitive radar pulls back to see other influences at work. Most clients are surprised at what else is going on; that larger perspective is enormously enlightening. 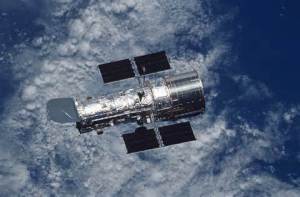 When your issues can be seen…from space!

2) Decoding the karma and past life influences affecting you. I know, I know: some of you are rolling your eyes. But I’ve had too much evidence of multiple lives; its the way we learn and evolve. And there are plenty of things we “carry over” that impact our present life. A reading can shed some light. 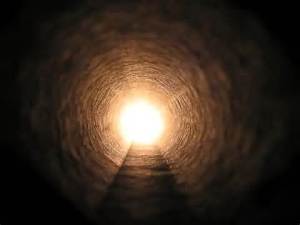 3) Hooking you up with your spirit team. Frequently, I pick up on spirit guides, loved ones on the Other Side – even angels – who are available to help you.   These powerful entities can see waaaay further down the road and provide not just a look ahead, but assistance to get you where you need to go. 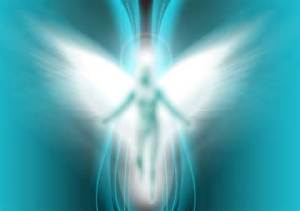 There’s a reason humans have access to information from our sixth sense: it’s specifically there to help us live the life we came here to do. So if you’re feeling stuck, take a fresh look and see all the options you have to work with. They’re there. Promise.

One of my Facebook friends has been sharing some hairy details of a family feud.  It’s not pretty.  The stories she tells are awful: stalking, theft of property promised on a parent’s death bed, and far too many cruel words.   Most of this seems to emanate from one member of the family, to the pain of everyone else.  Underlying the gory details is frustration that this one awful person is “getting away with it,” that others still think of them as the epitome of a good Christian when privately, they act more like Rosemary’s Baby.

Otherwise known as your sister-in-law’s house

We’ve all known someone who can be the most terrible, sneaky human ever– and somehow, they manage to escape judgement.   In public life, we’ve seen those who continue to succeed, despite heinous behavior (former Vice President Dick Cheney — who helped lie us into Iraq and outed CIA agent Valerie Plame is my personal bete noir).  It makes you want to throw one righteous temper tantrum.

Yes, it would be enormously gratifying to see those people embarrassed, brought down and otherwise smacked in the face with rotten tomatoes.  That would satisfy our egos.  But just because a public shaming doesn’t occur, doesn’t mean they “get away with it.”

You know how they say that your life flashes before you when you die?  It’s my belief that, at that moment, we experience a sense of both our good moments, and bad.  If you accept that you had those dark moments, if you own it — then you pass into enlightenment.  The owning of those moments can be tough; I think you get a true measure of the pain you have caused with every thoughtless, selfish gesture.  It’s a fleeting moment, but being willing to suffer through it is the price we pay for enlightenment and entrance into the Light.  This is how our soul grows.

There are those, however, who cannot bear to look at what they have done (and in some cases, with good reason.  Would YOU want to trade places with Hitler?  Didn’t think so).  They turn away — literally — from the Light.  The dark place where their soul stays stuck is a kind of punishment you can’t imagine.  I supposed you could call it Hell –although minus any demons and pitchforks.  It’s the absence of Light that’s the true torture.

I once went through a guided meditation that was meant to give us a taste of what this “low level” was like.  I have to tell you, I felt sick to my stomach — and racked with sorrow for what people endure in that place.  And that was about 1/100,000,000th of what they experience.

The point is, is that no one gets away with anything. The best we can do when presented with these frustrating people is to stay in our own lane and remember that they will be held accountable at some point.

In plainer terms, “What goes around, comes around”….”Every dog has its day”…and my favorite, “Karma’s a big bitch with PMS.”   Stay peaceful.

Living In the Past (Life)

There’s something really tantalizing about the idea of having lived before.  I’m not talking about that life before entering the Witness Protection Program — I mean the ones that had you riding alongside Charlemagne, or hanging on a barge with Cleopatra.  [Funny, you never want to think about the one you had as a chimney sweep in 18th century London…]

No one wants to admit having been THIS guy...

The Past Life Club essentially argues that we have lived multiple times, and that each of those lives were essentially one more “class” in the school of existence.  We had experiences, dealt with other humans, learned lessons.  You die, spend some time assessing it all, then come back for another go. When you finally get it right, you get to hang out  indefinitely in the heavenly stratosphere getting your feet rubbed while the rest of us slobs return to deal once again with human stuff like difficult relationships, making a living and acid reflux.

Like vacations, some past lives will be more memorable than others.  Hint:  if you are interested in any particular time period in history, that’s a pretty good indicator you lived back then.  For me, I’ve been obsessed with this guy:

Ever since I was a kid, anything about Tudor England has fascinated me — and I never knew why.  Then a psychic told me that I had been a court jester — specifically, a FEMALE court jester — during that era.   And a little research revealed that female jesters were relatively rare, and indeed, Elizabeth DID have one.  So that explains two things:

1) my interest in the time period and

On two separate occasions, I was told that I’d had lives in medieval France, as a nun…

Again, doesn’t explain my lousy command of the French language.  DOES explain my currently-dismal dating life.

Decoding past lives is one way to shed some  light on patterns we’ve carried over into this one.   Again, it’s one way (therapy is another). But for some, the idea of past lives can become addictive. I’ve encountered more than a few people who routinely blame whatever’s going on right now on a “past life.”   One client of mine refused to actively engage in the life he had going on right here, right now, because he was waiting to be “reunited” with someone from a past life.  Another spends all his time seeking out hypnotherapists who will help him explore yet another existence….and another…and another (yawn).  Personally, I think it’s ’cause he’s bored with his present situation.

The purpose of examining a past life lies in what it can teach you about THIS one. If you can spot a pattern, find a lesson, learn something, then it becomes more than just New Age wallpaper.  The key is to discover it, use it — then move forward.  Your task is to make the most out of the life you’ve been given NOW. Because if you spend all your time looking backwards, you’re gonna get run over by the Express Bus to the future.  And skid marks on the face are not a good look on anyone.