What Happens to Suicide Victims?

One of the biggest reasons that I wrote my book, OK, So You’re Dead: A Sassy Guide to the Afterlife was to provide comfort. Death is a total game changer, and the manner in which we exit this life shapes the way in which those left behind go on.   For example, with death after a painful illness, there’s sadness, but a sense of relief. When someone dies suddenly in a car accident, the process of grieving is entirely different.

I’ve had several clients who’ve lost someone through suicide. Honestly, this is one of the toughest things ever. For the person who fell so far into despair, this seemed their only way to find peace. For the people left behind, they’re left to navigate all kinds of emotions, from anger to guilt and more.

There’s another aspect to grieving a suicide: wondering what their fate is on the Other Side. Many religions feel that suicide victims will be eternally punished – personally, I think that’s a pretty cruel idea. Didn’t they deal with enough already ?

One school of metaphysical thought states that suicides boomerang right back into life without a break.   Either option adds to the burden of worry shouldered by friends and family.

My take is a little different. I feel that, once they cross over, suicide victims are given some time to heal. Not only are they recovering from whatever drove them to take their own life, they’re also working through their regret at doing it. There are some survivors who recall having a big “Oh, shit, what am I doing?” flash as soon as they jumped or unsuccessfully attempted whatever.   They realize its not the answer they hoped for.  Those who succeed have a similar realization.

I’ve had confirmation from spirit that suicides get a chance to heal and assess where it went off the rails. They’re put into a state where they can look back at their life and see it from a less emotional place. Then they’re told that whatever they didn’t take care of in that life will be presented to them again in the next. It may come in a different form, but the lessons must be faced. That’s just the way it works for all of us.

Two key things that never fail to come through when I’m connecting with the spirit of a suicide are 1)they’re unbelievably sorry for putting that weight on their loved ones and 2) they’re OK now. Seriously, I always, always hear this. If you’ve been touched by this tragedy, please take those messages for yourself as well.

I wrote about some techniques to help your healing along here. 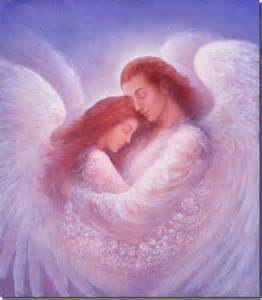 This entry was posted in Angels, Mediumship, Reincarnation, spirit guides, Uncategorized and tagged suicide victims, suicides in the Afterlife, suicides on the Other Side. Bookmark the permalink.

3 responses to “What Happens to Suicide Victims?”